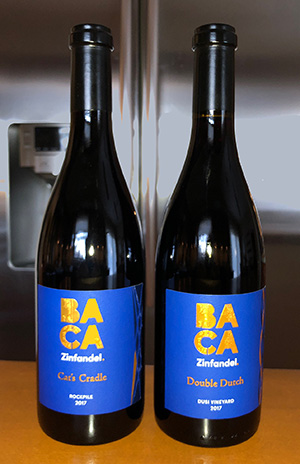 The eponymous Kathryn Hall Wines are known for their Cabernet Sauvignons. A second label, WALT Wines, specializes in Pinot Noir and Chardonnday. In 2016, Ms. Hall’s daughter, Jennifer Brown,  launched a third winery for the family named BACA Wines. Latin for ‘berry,’ BACA’s focus is on California Zinfandel. According to Brown, “When we set out to create the BACA brand, we had one mission in mind: to produce luxury Zinfandels that are nuanced, honest, current, and fun. We saw a gap in the market with the Zinfandel varietal, so we decided to craft a luxury Zin brand aimed at the curious and the adventuresome – while focusing on quality.”

Brown is joined at BACA by winemaker Alison Frichtl Hollister, who notes, “I grew up in a creative household and I’ve always viewed the world through an artistic eye; I draw, paint, and make prints. That way of looking at the world, fresh, new, and intuitive, directs and focuses how I look at this project. At a basic level winemaking is chemistry and microbiology, but it takes someone with an ability to find beauty in the organic, chaotic part of the process. And that’s where my growing up with an eye for art and my degree in biology just made a good synthesis.” 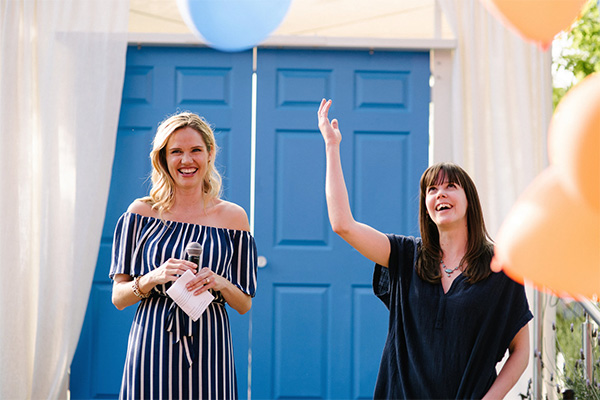 For many years, Zinfandel’s origins were quite mysterious. Then research indicated a relationship with Primitivo from Italy’s Puglia region. But in 2001, DNA fingerprinting directly linked Zinfandel to an obscure grape from Croatia. Aside from Italy’s Primitivo and isolated plantings in South Africa and Australia, almost all other Zinfandel wines come from California, where growing started in the 1850s.

HALL President, Mike Reynolds, in talking about BACA, stated, “We are excited about making Zinfandel that is diverse, from different places. We are fond of these wines in that we like to show off the differences in terroir, which is the essence of what our winery is all about. We thought that the Zinfandel grape was a great medium to do that with.”

BACA sources fruit from Calistoga, Russian River, Rockpile, Howell Mountain, and Paso Robles, all from prominent vineyards. Using winemaking techniques that include optical sorting, exacting fermentations, and aging in French oak barrels, BACA aims to craft wines that reflect their place and climate. The BACA wine portfolio includes these five Zinfandels: Double Dutch, Cat’s Cradle, Marbles, Tug O’ War, and I Spy. In addition, there is a four-pack canned wine, Ring Around the Rosé, also made from Zinfandel, of course.

The wine is sourced from the esteemed Dusi Vineyard which is located on the southern end of Paso Robles, just on the west side of Highway 101. This is a dry-farmed vineyard that was planted first in 1945. Soils are rocky at the vineyard site.

This Zin starts out ruby red in the glass, with a nose of cherry and blueberry. Next comes plenty of tart cherry on the palate, with touches of smoke and milk chocolate. It is all supported by good tannins and bright acidity. There is little black pepper, often a characteristic of Zinfandel. The finish is luxurious and long.

Rockpile AVA is an American Viticultural Area located in Sonoma County, northwest of the town of Healdsburg. Established on February 28, 2002, Rockpile AVA was Sonoma County’s twelfth designated wine appellation. The wine region consists of approximately 15,400 acres, with about 160 acres of planted wine grapes. All of the AVA has an elevation in excess of 800 feet above sea level.

This big wine is dark brick red. Leather and stone fruit are the initial aromas. It is racy in the mouth, with puckering (in a good way) acidity, and flavors of sour cherry and that typical black pepper. Well-built tannin carries through the lengthy finish.

Enjoy either of these selections with focaccia burger with tomato, arugula, and aioli; brine-cured port chops with balsamic glaze, or braised chicken with tomato, pancetta, and zinfandel.