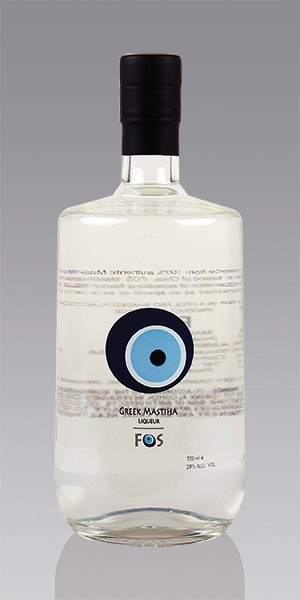 The Mastiha tree is also known as the famous Crying Tree,  since it “cries” teardrops of resin during the harvest period. It only grows and is cultivated on the small Mediterranean island of Chios. Nowhere else in the world has it been able to take root.

The island of Chios is the fifth largest island in Greece, with an area of 325 square miles. Its nickname is “the mastic island.” In the south of the island are the Mastichochoria, literally the Mastic villages, the seven villages of Mesta, Pyrgi, Olympi, Kalamoti, Vessa, Lithi, and Elata, which together have controlled the production of mastic gum in the area since the Roman period.
The villages, built between the 14th and 16th centuries, were carefully designed with fortified gates and narrow streets to protect against the frequent raids of marauding pirates.

Mastiha has been used for thousands of years by the Greeks, the Romans, the Ottomans, and many others. From this small Mediterranean island, In the 5th century BC, Hippocrates recommended Mastiha as an excellent digestive. It is said the Romans spiced their wine with it. During the Byzantine years, Mastiha became famous. It traveled across Europe and reached from east to west, including Constantinople, Damascus, Alexandria, Rome, Paris, London, and Florence.

To produce this unique liqueur, the Crying Tree is harvested once a year, usually at the beginning of summer. Experienced workers delicately slice the surface of the trees. The resin slowly seeps out of the bark and dries in the sunlight to form translucent golden crystals.. It takes several weeks to collect the resin .

Once collected, Mastiha is packed in wooden containers and sent to a cool warehouse, where women of the villages pick the best quality Mastiha by hand.

The Mastiha is then mixed with fine-quality alcohol and is put in large bronze tanks. The mix is heated carefully over a wood-burning fire. It is finally blended with other secret ingredients and bottled.

This balanced sweet spirit has pronounced notes of cucumber, pine, anise, and herbaceous undertones. FOS Mastiha Liqueur is made out of 100% pure Mastiha and is not artificially scented. FOS Mastiha works well on its own or the rocks or as a mixer.

Here’s a recipe to get you started with this unusual liqueur:

Shake with ice and strain into a martini glass.