That’s quite a title there, isn’t it?

Let’s break it down:

The Tsubaki Grand Shrine of America (aka Tsubaki America Jinja) is the first Shinto shrine built in the mainland United States after World War II. It was erected in 1986 in Stockton, California, and moved to its current location next to the Pilchuck River in Granite Falls, Washington, in 2001.

The Gosaijin (enshrined spirits) of Tsubaki Grand Shrine are Sarutahiko-no-Ōkami, ancestor of all earthly spirits; and his wife Ame-no-Uzume-no-Mikoto, spirit of arts and entertainment, harmony, meditation, and joy. Also enshrined are Amaterasu Ōmikami (spirit of the sun), Ugamitama-no-Ōkami (spirit of foodstuffs and things to sustain human life), America Kokudo Kunitama-no-Kami (protector of the North American continent) and Ama-no-Murakumo-Kuki-Samuhara-Ryu-O (spirit of Aikido).

Tsubaki Grand Shrine of America is a branch of Tsubaki Ōkami Yashiro, one of the oldest and most notable shrines in Japan. 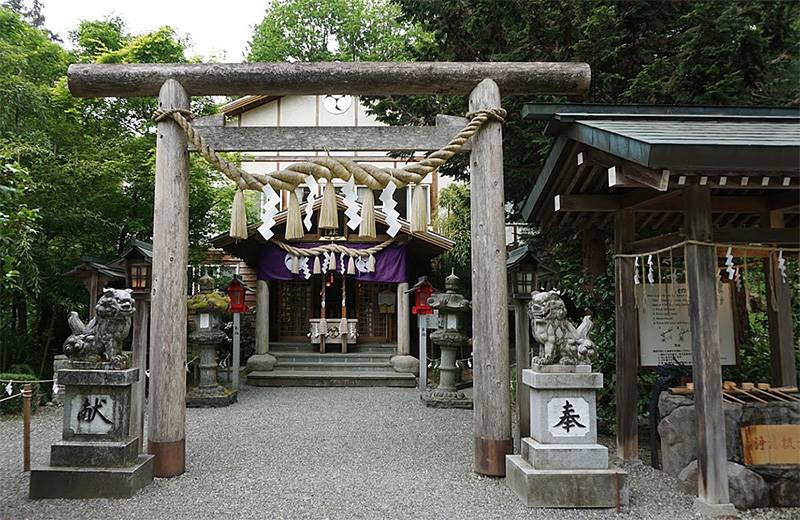 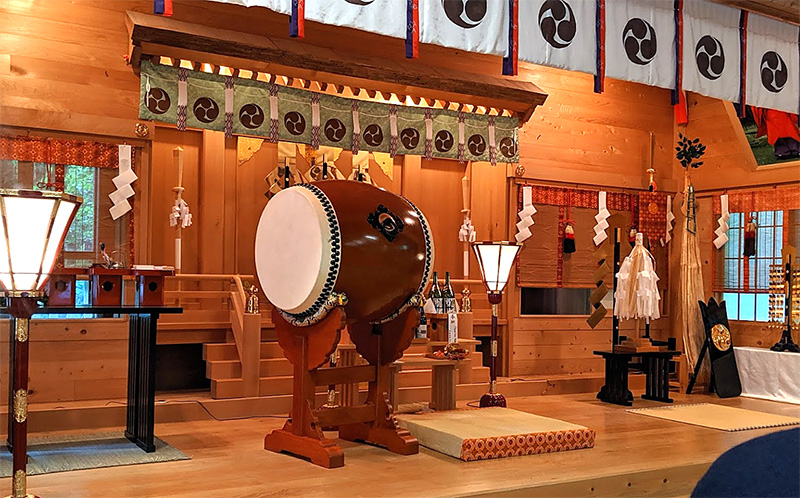 Junmai is pure rice wine, with no added alcohol). Until recently, at least 30% of the rice used for Junmai sake had to be milled away, but Junmai no longer requires a specified milling rate.

Genshu is undiluted saké (literally, “original” (base) sake) which has not been diluted after pressing. However, saké which has had water added within a range that reduces the alcohol content by less than 1% is also considered genshu.

Saké, the national alcoholic beverage of Japan, is often called rice wine, but this is a misnomer.  While it is a beverage made by fermentation, the production process more closely resembles that of beer, and it is made from grain (rice, of course), not fruit.  To make saké, the starch of freshly steamed glutinous rice is converted to sugar and then fermented to alcohol.  Once fermented, the liquid is filtered and usually pasteurized.  Sakés can range from dry to sweet, but even the driest retain a hint of sweetness.

This saké is a domestic product from SakéOne saké brewery in Forest Grove, Oregon.  The company began as a saké importer in 1992, and in 1997 they expanded the operation and began brewing saké.

In premium saké, water composition matters a great deal. SakéOne’s founder chose Oregon because he believed that the best-quality water for saké brewing is in the Northwest.

The other crucial component is rice, and SakéOne sources its Calrose rice from the Sacramento Valley. Calrose is derived from Japanese saké rice and has several qualities that produce saké with more body, higher viscosity, and a long finish.

This saké is the personal selection of Reverend Koichi Barrish and is a fundraiser for the Tsubaki Grand Shrine in Granite Falls, Washington, over which he presides.  20% of sales go to support the shrine.

This is a dryish, full-bodied saké with hints of spices and caramel.   The ABV is on the higher end at 18%, and the SMV* is +6.5..  The rice has a polish of 58%, so 42% of the rice has been removed.  Serve this chilled with poached clams, steamed asparagus, or lemon-baked salmon.

Yomi was the first canned sake available in the United States. Yomi is junmai ginjo saké, with a lower acidity and a medium body. It is 13% ABV.

g saké is genshu, undiluted sake. There are two varieties of g saké, g fifty genshu and g joy genshu, which have different taste profiles. Both are 18% ABV.

The Momokawa junmai ginjo saké line is about 14% ABV.  Momokawa Silver is dry and crisp, while Momokawa Organic Nigori is lush, smooth, fruity, and floral.

**An important gauge of saké  is the SMV (Saké Meter Value).  This measures the density of saké relative to water, and is the method for determining the dryness or sweetness of saké. The higher the SMV, the drier the saké. The range is -15 to +15.