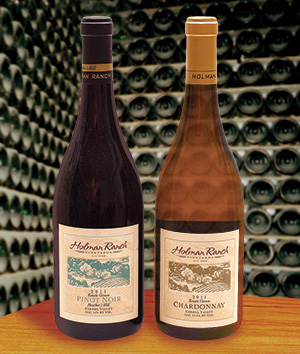 Meanwhile, Back at
the Ranch

Much more than just a winery, Holman Ranch in Carmel Valley, California, has a long and rich history. When what is now California was a colony of Spain, the ranch was part of the lands bestowed to the Mission San Carlos Borromeo del Rio Carmelo.

The Spanish colonies in North America were transferred to Mexico when that nation won its independence in 1821. Between 1834 and 1836, the Mexican government secularized the mission lands, ostensibly to return the land to the Indians. Nonetheless, one of the first ranchers in Carmel Valley, Don Jose Manuel Boronda, was granted the Los Laureles Rancho. This enormous 6,625 acre parcel of land occupied a huge area of Carmel Valley, including the land where Holman Ranch now sits.

After Boronda’s death, the land passed through many hands, until the Pacific Improvements Company acquired it in 1882. Pacific Improvements eventually sold a section of this land to the man who began the modern story of Holman Ranch, San Francisco businessman Gordon Armsby.

In 1928, Armsby purchased 600 acres in the Los Laureles area of the Valley, including what would eventually be Holman Ranch. Armsby built a classic Spanish-style hacienda on the property. The ranch and its newly-constructed hacienda became Armsby’s secluded vacation estate. Quickly seeing an income opportunity as well, he decided to rent it out to other people looking for a similar escape. The hacienda at the ranch became an exclusive hideaway for many celebrities from Hollywood’s Golden Age, including Charlie Chaplin and Theda Bara. 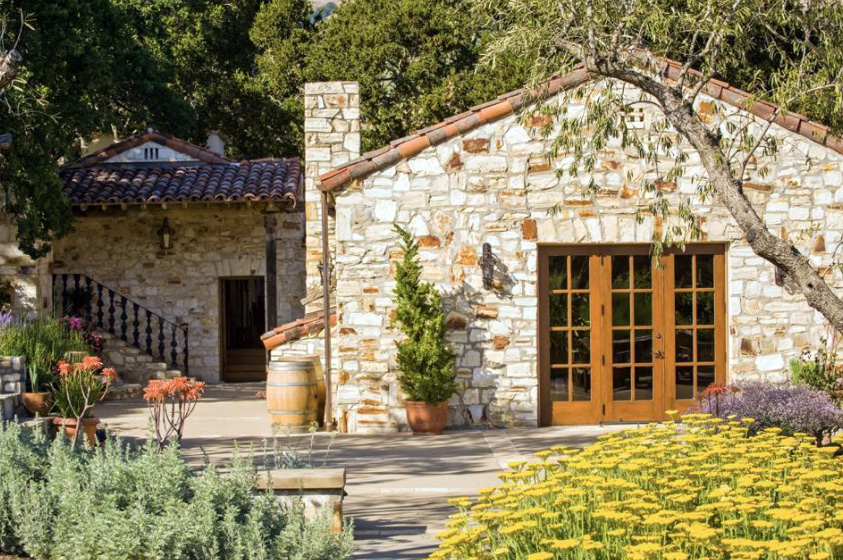 In the 1940s, financial troubles hit Armsby, forcing him to sell the property. The buyer was Clarence Holman, the eldest son of the Holman family of Pacific Grove, and scion of Northern California’s Holman department store empire which thrived from 1891 to 1984. Holman transformed the property into a guest ranch, and it featured the only rodeo arena in town. He built guest bungalows, stables, and the first in-ground pool in Carmel Valley, which is now a historical landmark.

The then newly-christened Holman Ranch quickly became the center of social life in Carmel Valley. In the tradition of their predecessors, the Holman family hosted some of Hollywood’s biggest stars, Clark Gable, Vincent Price, Joan Crawford, and Marlon Brando to name a few.

When Clarence Holman died in 1962, his wife Vivian carried on the legacy of Holman Ranch. She dedicated herself to ensuring that the ranch would never become subdivided, and that it would continue to be the center of local social and community activities.

Rodeos, horse shows, trail rides, barbecues, and fiestas filled the calendar. The Fiesta de los Amigos (the ranch’s birthday celebration), was an annual highlight, often attracting more than 2,000 guests. Vivian Holman presided over the ranch until her death in 1981.

In 1989, Dorothy McEwen stepped in with a commitment to preserve the ranch’s historic past as a private estate and event facility. Back in 1976, she had co-founded Digital Research, Inc., with her husband, Gary Kildall, the developer of  CP/M, the first commercial operating system for personal computers.

Over the course of 16 years, she rebuilt what had become the run-down Holman Ranch, transforming it into a site for weddings, corporate parties, photo shoot,s and charity events. She also built a state-of-the-art equestrian center with facilities for training, riding, and boarding. She planted Holman Ranch’s first acre of grape vines, although her dream of a winery was never realized.

A year after McEwen’s death in 2005, Thomas and Jarman Lowder purchased Holman Ranch, and the winery finally became a reality. The ranch has proven to be quite hospitable for winemaking. The local hills hold back the marine moisture layer and breezes, which is beneficial for producing quality fruit. Sedimentary soils throughout the vineyards provide good soil drainage. 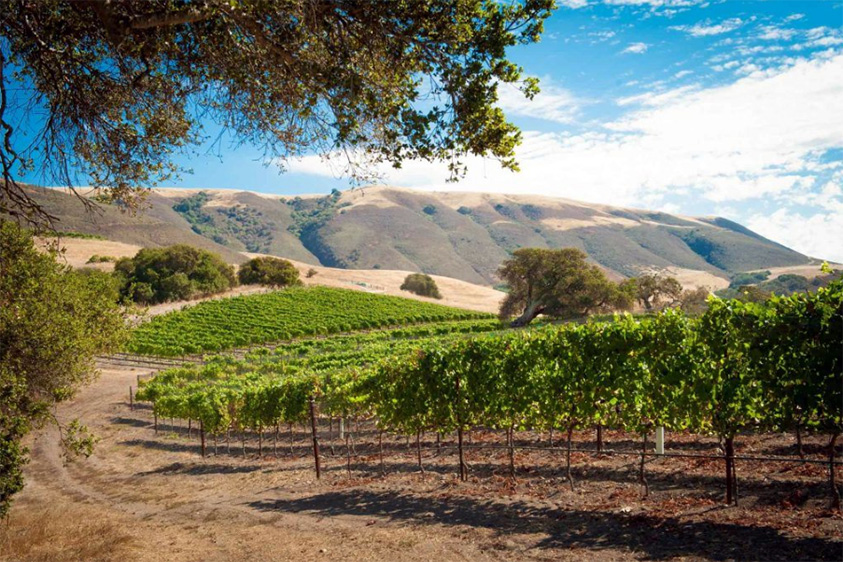 This Chard shows pale gold in the glass. The nose is mostly citrus, with hints of honey and acetone.

The citrus really comes through on the palate, with plenty of lemony tartness. Although this wine spent some time in barrel, you’d hardly know it. If you are averse to heavy, buttery Chardonnays, then this is the wine for you. That hint of honey is repeated on the long (for a white) finish. And, don’t over chill. Remove it from the refrigerator after just a half-hour or so.

The citrus and acid here would nicely complement Cold Poached Scallops, Sesame Chicken, or Pheasant with Leek and Pecan Stuffing.

Heather’s Hill pours a bright, clear ruby into the glass. The nose suggests dusty boysenberry. There is a light to medium body, typical of Pinot Noir. The taste is all about dark stone fruit (and a little cola), supported by moderate tannins and good acidity. There is some zing to the finish, with hints of tobacco as well. Be sure to air out this wine for an hour, or even two.

In addition to wines, Holman Ranch also produces olive oil from their 100 tree olive grove. These fully mature trees were originally planted at a Carmel Valley orchard in 1994, and in 2007 were transplanted to Holman Ranch.

The trees are planted in shale, striving for the highest quality production and harvesting results. The fruit is harvested by hand in December. Although the olive grove is not certified organic, organic farming is practiced.