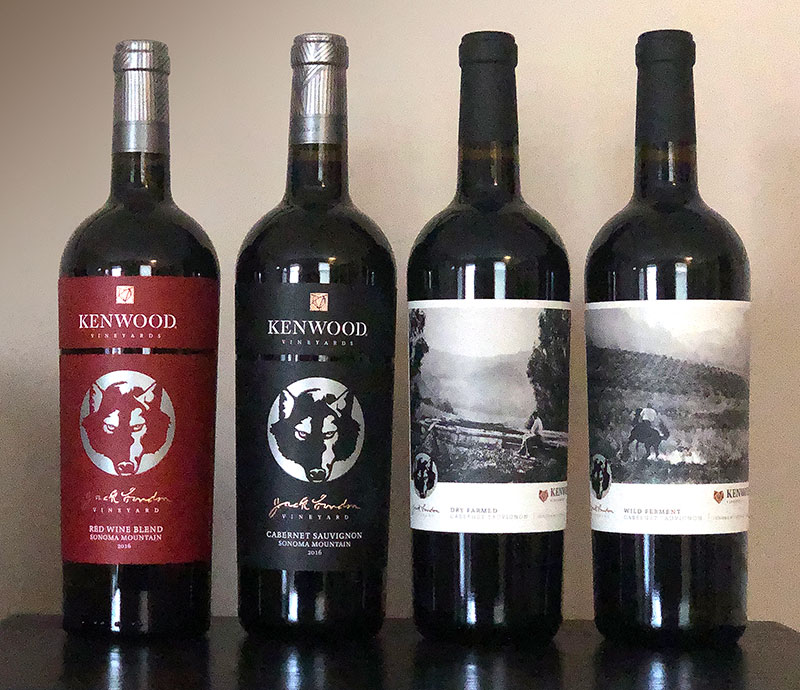 x
Author Jack London (1876 – 1916) was an American novelist, journalist, and social activist. A pioneer of unabashedly commercial fiction in both novels and  magazines, he was one of the first American authors to become an international celebrity and earn a large fortune from writing. His most famous works include The Call of the Wild and White Fang, both set during the Klondike Gold Rush.

In 1905, London purchased a 1,000 acre property in Glen Ellen, California, on the western slope of Sonoma Valley which he named Beauty Ranch. He wrote, “Next to my wife, the ranch is the dearest thing in the world to me. I write for no other purpose than to add to the beauty that now belongs to me. I write a book for no other reason than to add three or four hundred acres to my magnificent estate.”

Working with famous botanist Luther Burbank, he educated himself about caring for the land through the study of agricultural manuals and scientific tomes. They conceived of a system of farming that today would be considered “sustainable,” and hoped to adapt the techniques of Asian agricultural practices to the United States as well.

London intended the ranch as a commercial enterprise, but due to a number of factors, including London’s total lack of business acumen, it was an economic failure.  (Indeed, the property was originally up for sale because the owners believed that the land was “played out.”)   London’s workers laughed at his efforts to play serious rancher, and considered the operation a rich man’s hobby.

Although the vineyards have always been, and remain, owned by London’s heirs, today the the forested parts of the ranch are a National Historic Landmark and are part of Jack London State Historic Park.

The financial success that eluded London has been captured by Kenwood Vineyards, which has been the exclusive producer of wines from the vineyards on this historic property since 1976.  Kenwood was established in 1970 when John Sheela and his brothers-in-law, Mike and Marty Lee, bought the former Pagani Brothers Winery, which was built in 1906.  They converted what was a “bring your own jug” wine facility into a modern winery; this was long before the region’s AVAs were created. 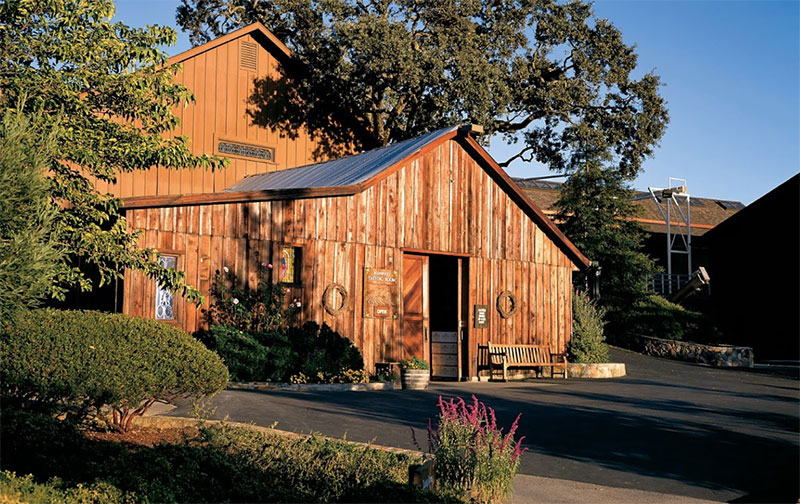 x
In 1978, local artist David Lance Goines was commissioned to create original artwork to be used for the label of the 1975 reserve Cabernet Sauvignon, the first release of Kenwood’s Artist Series.

In 1999, Korbel sold Kenwood to New York-based Banfi Vintners, the makers of Riunite.  Korbel owner and president Gary Heck explained at the time that the rationale for the sale was to prioritize the company’s sparkling wine business, an operation that was eventually completely abandoned.  So much for the best-laid plans, eh?

In 2014, Kenwood ownership was transferred to Pernod Ricard Winemakers. 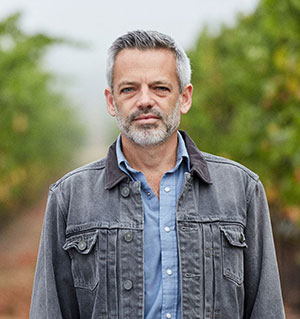 Zeke Neeley grew up in Daly City, south of San Francisco.  He studied biochemistry at U.C. Davis, and later worked in the biotech industry as a cancer researcher.  However, during this first career he kept dreaming of making something physical, and was more and more drawn to wine.  To that end, he took an M.S. in Viticulture and Enology, and subsequently worked at wineries in Santa Cruz, Carneros, and Napa.  He joined Kenwood as chief winemaker in 2017.

Neeley shared, “When walking a vineyard near harvest it feels like a conversation between me, the vineyard, and the wild forces of nature, discussing what personality [a] wine will have, and then I do my best to reach that ideal.”

The 2,400-foot Sonoma Mountain range rises above the town of Glen Ellen at the western edge of the Valley of the Moon. The 130-acre Jack London estate vineyards sit here at 920 feet, with an eastern exposure that catches the fog-free morning sun. The vineyards’ soil is a unique red volcanic type composed  of Spreckles loam and goulding clay loam. 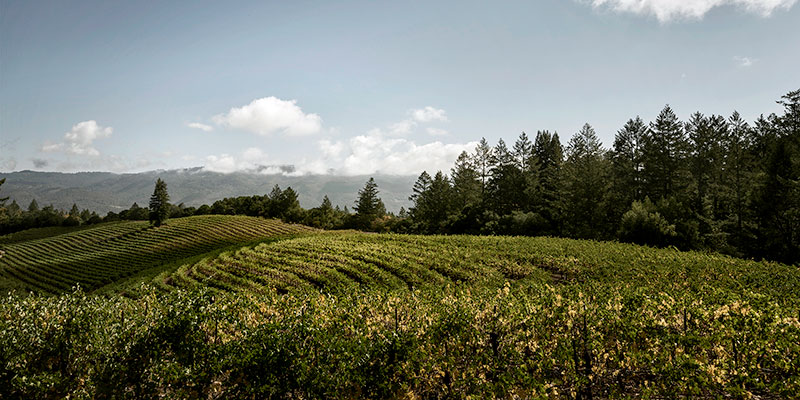 x
Following London’s inspiration, sustainability is the order of the day at Kenwood. Farming techniques are employed that utilize as little of the valuable water resources as possible. The biodiversity program supports endangered fish such as Coho and Steelhead salmon by creating habitats along low flow areas. Bird and bat boxes made from reclaimed pallets are placed throughout the vineyards to attract these creatures as they in turn eat pests. The vineyards are entirely worked by hand, a time-consuming and labor-intensive process, as their layout and slopes make mechanization impossible.

The vineyards are Sonoma Sustainable Certified, with the goal of preserving natural resources, improving  air and water quality, and protecting ecosystems and wildlife habitats.  In fact, through the efforts of the Sonoma County Sustainability Program, 99% of Sonoma’s grape farmers have met the criteria, a remarkable achievement attained within just six years.

With a combined total of just 6,833 cases, these four selections from the Jack London Vineyards represent only a small portion of Kenwood’s current annual output of 300,000 cases.

This red blend is made of Zinfandel (62%), Merlot (21%), and Syrah 17%), and saw 18 months in oak barrels, of which 65% were new.   (The blend can and does vary each year.)  It is a completely transparent but dark garnet in the glass.  The nose offers subtle aromas of dark fruit, especially plums, which continue on the lush palate, with hints of toasted oak, plus a bit of pepper from the Zinfandel. The medium tannins and acidity are in excellent balance.  If you are a fan of Pinot Noir, this is a red blend for you.  ABV is 14.8% and 833 cases were produced.

A blend* of 78% Cabernet Sauvignon, 16% Merlot, and 6% Syrah, this wine saw 26 months of aging after fermentation in a combination of French, American, and Hungarian oak barrels, 31% of which were new.  It is a dense, dark purple, with a nose of plums and a hint of sweet Bing cherries.  The plums are on the full-bodied palate as well, plus a hint of mint from the eucalyptus trees that surround the vineyards, and a suggestion of cocoa.  The grippy tannins are balanced by good acidity.  ABV is 15.2% and 5,000 cases were produced.

In order to meet California’s strict “dry farmed” classification, the fruit for this wine comes from a single block in the vineyard, and must be carefully segregated from bud break to bottle.  The wine saw 17 months of aging after fermentation in a combination of French, American, and Hungarian oak barrels, 60% of which were new. This age-worthy 100% Cabernet is a deep, dark purple, with a nose of brooding blackberry.  The palate is super dry, with recessive dark fruit, particularly dried blueberry, paired with flavors of earth and bay leaf.   Jack London himself can be seen on the label, admiring his Beauty Ranch in 1913.   ABV is 14.1% and 500 cases were produced. 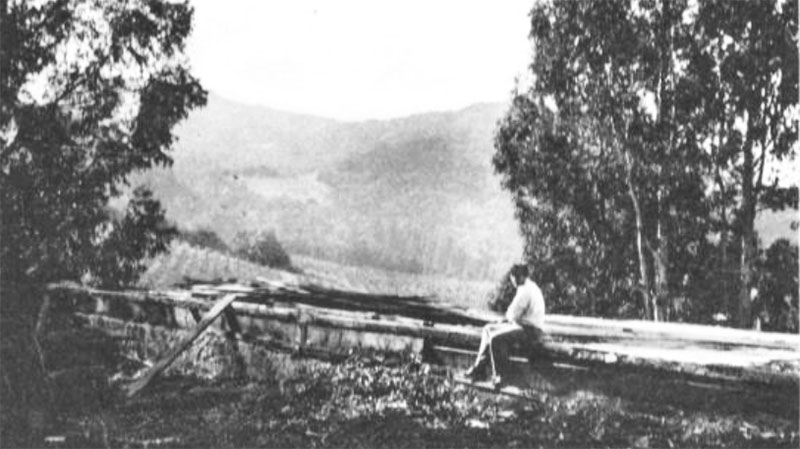 Zeke Neeley makes this wine “whenever his ulcer will permit.”  Although he claims to be a “control freak,” relying exclusively on wild yeast to ferment a wine is about as risky as it gets.  Visually identical to the Dry Farmed, the barrel regimen was also similar: 17 months of aging in a combination of French, American, and Hungarian oak barrels, 54% of which were new.  The nose presents aromas of raspberries and blackberries.   The soft, rich palate offers that same raspberry, with black cherry and a bit of dust and leather.  The tannins and acidity of this hedonistic wine are in excellent balance.  On the bottle, Jack London can be seen on horseback riding through the ranch in 1915.   ABV is 14.9% and 500 cases were produced. 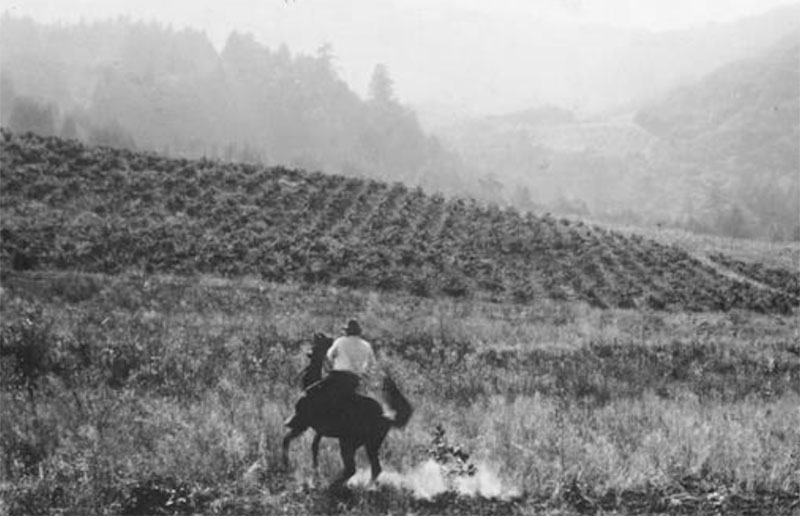 * The US Government’s Alcohol and Tobacco Tax and Trade Bureau mandates that in order for a wine to be labeled as a varietal, i.e. Cabernet Sauvignon, a minimum of 75% of that grape must be used.

** Dry farming, also called dryland farming, is the cultivation of crops, in this case grapes, without irrigation in regions of low precipitation. Dry farming depends on efficient storage of the limited moisture available in the soil. Tilling the land shortly after harvest, keeping it free from weeds, and prevention of runoff are typically done.

*** A wild-fermented wine uses only native yeasts that are found on the fruit and in the winery, rather than commercial yeasts. For winemakers looking to showcase an individual vineyard and vintage, using wild yeasts for fermentation is the most honest reflection of what’s going on at that site, and is another component of terroir.