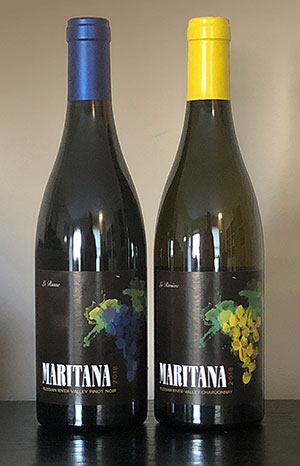 Patz & Hall was founded in 1988 when two Flora Springs Winery and Vineyards employees, assistant winemaker James Hall and national sales manager Donald Patz, decided to strike out on their own. Their ambition was to apply traditional (i.e. French) winemaking techniques to fruit from elite, small vineyards, specializing in Chardonnay and Pinot Noir.  The winery went on to great success.

Patz shared, “Deep in my heart this is the best and most satisfying thing – making and sharing/selling wine. It’s been a centerpiece for my professional career for more than three decades and honestly, I could not imagine not being involved. I realized that working with the Patz & Hall model was not the end of all things for me. I wanted a chance to rethink, refocus, and renew my vision for wines under my control. 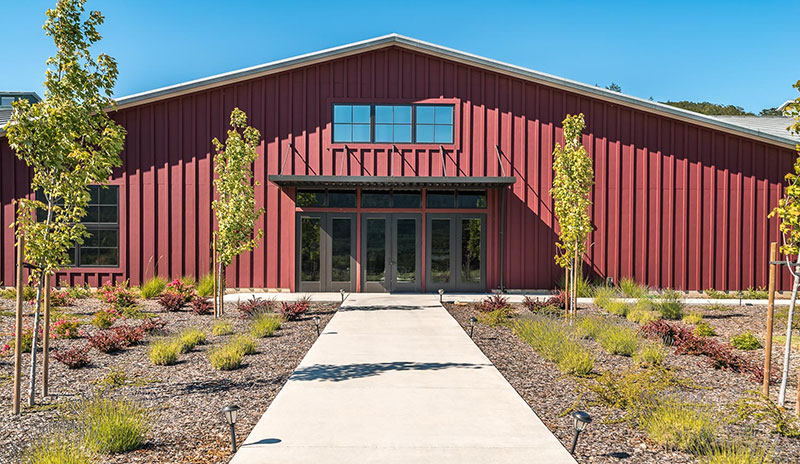 Since Maritana is a small, personal project, Patz needed to find a production partner.  A fortuitous lunch with Adam Lee of Siduri Winery, who specializes in Pinot Noir, led to Patz selecting Lee’s Sugarloaf Crush near Santa Rosa as the base for Maritana’s 2017 and 2018 selections.  A “crush” is minimally a mechanical device consisting of paddles and rollers that break grapes and extract the juice.   As a crush service provider, Sugarloaf goes beyond that to offer processing, fermentation, tank and barrel storage, bottling, and a tasting room.

Drawing on his long experience in the wine business, for his latest venture Patz was particularly attracted to the Russian River Valley, source of his favorite wines.  The Russian River Valley AVA accounts for about one-sixth of the total planted vineyard acreage in Sonoma County. The appellation was granted AVA status in 1983 and enlarged in 2005. The area lies between Sebastopol and Santa Rosa in the south, and Forestville and Healdsburg in the north. The valley has a characteristically cool climate, heavily affected by fog that drifts in through the Petaluma Gap from the Pacific Ocean.

The complex geography of the valley was shaped millions of years ago by collisions between the North American and Pacific tectonic plates and eruptions by volcanic vents that deposited volcanic ash over layers of eroded bedrock. This created a sandy loam known as “Goldridge soil.” Near Sebastopol, there is a different soil that is more clay based, known as “Sebastopol soil,” which retains less water than Goldridge soil does. Both types have been shown to work well with Pinot Noir plantings. A third soil type, found close to the river, is predominately alluvial sediment and makes up the benchland regions of the river.

Viticulture in the Russian River region dates back to the 19th century when immigrants from Mediterranean countries descended on the region and began planting vines. While most vineyards were “gardens” for personal family consumption, some commercial producers sprung up as well, and by the start of the 20th century there were nearly 200 wineries operating. Predictably, Prohibition induced a precipitous mid-century decline, but the region had largely rebounded by the time AVA status was conferred.

Patz created the name “Maritana” out of whole cloth;  since Sonoma is defined by an ocean on one side and mountains on the other, he came up with:Ocean ~ MARItimeMountains ~ MonTANAMARI-TANA, ergo Maritana.
Easy, huh?

Patz decided on a program of once-used barrels to make up the majority of the barrels used for all the Maritana Chardonnays.  Specifically for this La Rivière, the mix is 90% once-used barrels and 10% new barrels from Burgundy. According to Patz, “This blend of used [and] new barrels, retains the brighter, fresher notes of the Russian River Valley fruitiness and compliments the mineral, floral components of the grapes very precisely.”

The fruit came from three sources, with at least five clones of Chardonnay in the blend. The vineyards included Dutton Ranch, some fruit from Martinelli, and others from the Lynmar Estate.

La Rivière, aka “The River,” was entirely indigenous-yeast fermented in barrel, and aged on the primary fermentation lees throughout its time in barrel. It pours a pale yellow, with aromas of mango and honeysuckle.  The smooth, full palate features lemon, quince, lemon curd, and a touch of caramel. There is plenty of acidity, and those used barrels make for subtle tannins. The ABV is 14.5%, and 2000 cases were produced.

Le Russe, aka “The Russian,” is a blend of several sites and clones within the appellation, including Martaella Vineyard, one of the Martinelli sites called River Road Vineyard, Jenkins Ranch, Moonshine Ranch, and a little Pinot Noir from an old Russian Hill site. Fermentation was one-half whole cluster. Said Patz, “The purpose of using [some] whole cluster for the Pinot Noir wines was to bring out that beautiful aromatic side of Pinot Noir.” After primary fermentation, for aging the wine was placed into small French oak barrels, 50 to 80% new, depending on the vineyard source.

It has a transparent, medium-purple color. The nose offers juicy aromas of plums and strawberries. The full-bodied mouthfeel carries flavors of tart cherry, cola, and vanilla.  These are supported by forward tannins and very good acidity. The ABV is 14.5%, and 1400 cases were produced.