Long before California became America’s leading winemaking state, plenty of wine was being made in New York. The Hugeunots, a French Protestant sect of the 16th and 17th centuries, planted grapevines there in the 1600s. The first commercial plantings of native  American grape varieties began in 1862. Shortly thereafter, the area established a reputation for making sweet sparkling wines, and by the end of the 19th century plantings had increased to around 25,000 acres.

In the early 20th century, production declined sharply as a result of phylloxera vine disease, competition from California wines, and Prohibition. After that scourge ended, production resumed but the rebound was moderate. Further limiting production, after World War II Americans began to develop a taste for the drier wines made from the European Vitis vinifera grape varieties dominant in California. Unlike in California, however, it was believed that these grape varieties would not survive in the harsh New York winters.

In 1951 Dr. Konstantin Frank, a Ukrainian immigrant with a PhD degree in Plant Science, came to work at the New York State Agricultural Experiment Station in Geneva, New York, with the goal of growing Vitis vinifera varietals in the cold Finger Lakes climate. This was unheard of — and laughed at — back then. Other winemakers predicted failure. “What do you mean?” Frank retorted. “I’m from Russia — it’s even colder there.” With support from Charles Fournier of Gold Seal Vineyards, a sparkling wine producer, he began planting Vitis vinifera vines in 1958. In 1962 Dr. Frank started Vinifera Wine Cellars in Hammondsport, at the far southern end of Keuka lake, where he began to successfully produce Riesling, Pinot Noir, Chardonnay, Gewürtztraminer, Cabernet Sauvignon, and Rkatsiteli (the most widely-planted white-wine grape in the countries of the former Soviet Union). Plantings of these varieties spread throughout the region and new wineries soon emerged.

The Finger Lakes AVA, established in 1987, is an American Viticultural Area encompassing some 11,000 acres, which makes it New York State’s largest wine growing region. (The state is currently America’s third-largest wine producer.) The area is located in upstate New York just south of Lake Ontario. The Finger Lakes consist of 11 glacial lakes; the four largest lakes, Keuka, Seneca, Cayuga, and Canandaigua, have the majority of vineyard plantings in the AVA. Cayuga and Seneca Lakes each have their own AVA within the Finger Lakes AVA. 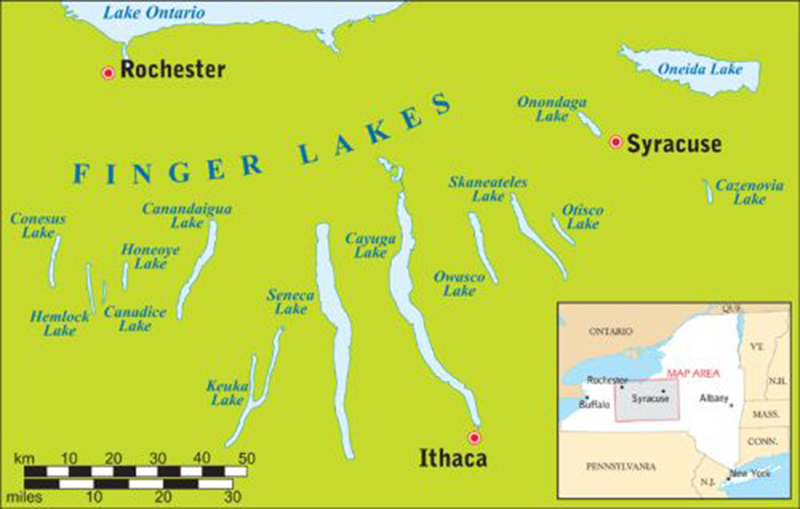 The severity of the climate is moderated by the influence of the lakes which release heat in the winter and prevent early season frost. Most vineyards are planted on the slopes along the shores of the lakes which provide drainage and good exposure to the sun with a reduced risk of frost. The average rainfall is 30 inches per year and the vineyards are not irrigated. In addition to Vitis vinifera grapes, the region is still home to both native American grapes as well as hybrids.

Len and Judy Wiltberger have been residents of New York’s Finger Lakes wine region since 1973. Wiltberger had a career as a corporate executive, but he and his wife had a dream of making wine. In the early 1980s, they purchased 30 acres of land overlooking Keuka Lake. They planted Chardonnay and Riesling as well as Seyval Blanc (a French/American hybrid) and Vignoles (aka Ravat 51, a hybrid of Vitis vinifera and native vines) at the site with help from their family, and released their first vintage in 1985. Initially, the Wiltbergers intentionally kept production small, to about 2,000 cases per year, hand-bottled and hand-labeled. As the business grew, to meet customer demand they have expanded production to about 8,500 cases per year. 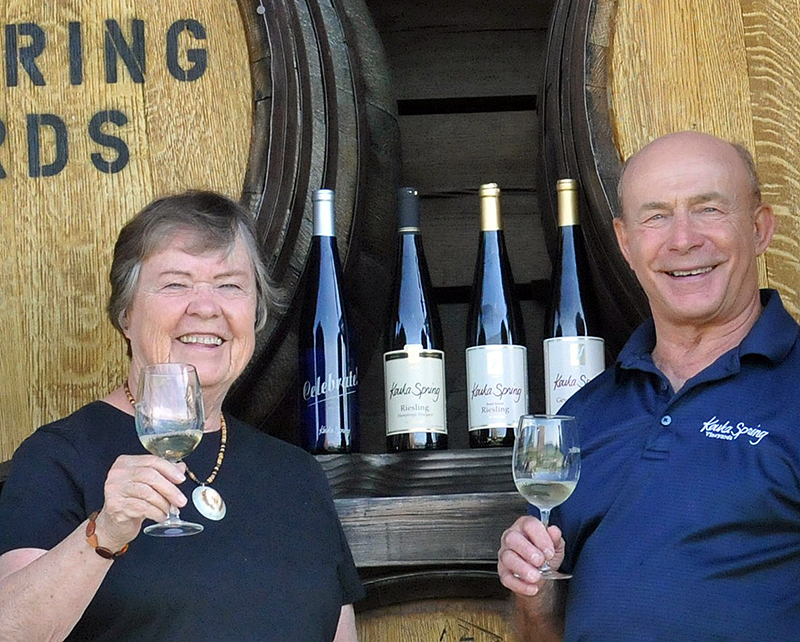 All of Keuka Springs’ grapes come from New York State. Roughly 30% of their wine is made from estate-grown grapes, while all the rest are from nearby Finger Lakes vineyards.

Keuka Spring’s estate vineyards slope towards Keuka Lake on the east side of the east branch of this Y-shaped lake. The soil is nutrient-rich Honeoye silt* loam. The vines receive plenty of afternoon sun, an extended ripening season, and are protected from early frosts in the fall and late frosts in the spring by the slope of the hill and its proximity to the lake. 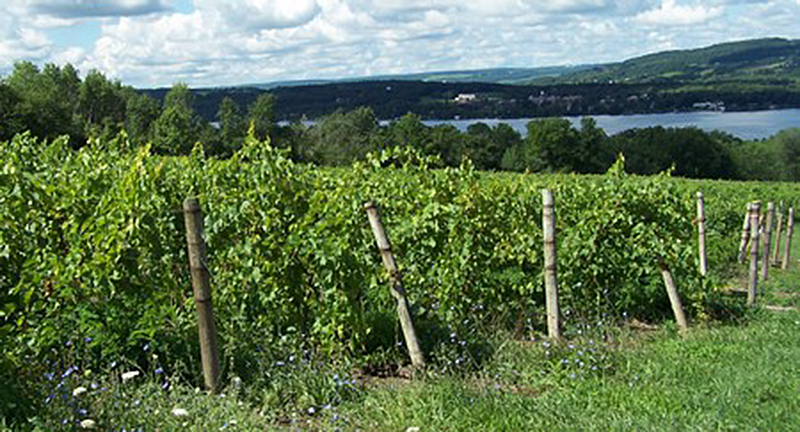 This is the original estate vineyard, planted in 1981. Vines include Vignoles, Riesling, Seyval Blanc, Chardonnay, Lemberger, and Cabernet Franc.

Harry Humphreys’ vineyard is the source of the Humphreys Vineyard Riesling grapes.

Gewurztraminer is sourced from this vineyard, which had to be blasted by dynamite to break up the rocky terrain on the east side of Seneca Lake.

Epic Reserve is a blend of Finger Lakes Cabernet Sauvignon and Merlot.  During fermentation, the wines are “racked and returned”  —  délestage in French — to increase oxygenation and improve extraction of color, flavor, and tannin.

This medium-transparent garnet wine opens with a delicate cherry aroma.  The juicy cherry continues on the palate, plus blackberry and just a touch of spice on a moderately light body.  The wine is in very good balance, with subdued acidity and tannins. The ABV is 13%.

*The word “Honeoye” is from the Iroquois  “Hay-e-a-yeah.” Legend indicates that a Seneca warrior was bitten by a rattlesnake, had to cut off the bitten finger, and later described the location of the incident as the place “where the finger lies.”

These productive soils occur on about 500,000 acres in New York State. Honeoye soils are fertile, have a high base saturation throughout, and are slightly acid at the surface and neutral in the subsoil.

The Honeoye series consists of very deep, well-drained soils formed in glacial till which is strongly influenced by limestone and calcareous shale. They are nearly level to very steep soils on convex upland till plains and drumlins. The Honeoye soil is in the Alfisols soil order and is classified as fine-loamy, mixed, active, mesic Glossic Hapludalfs.