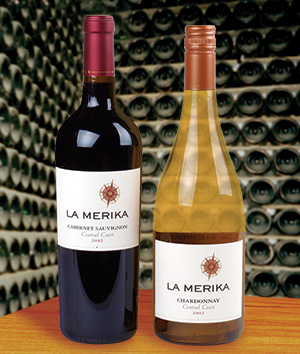 I Took a Trip Down to
La Merika

There is a theory among some historians that America was discovered by Europeans decades, or even centuries, before Christopher Columbus by a little-known explorer named Henry Sinclair, who may have been a member of the Knights Templar. In Templar symbology ‘Merika’ is a western star toward which their ships would sail, or mounted knights would ride. It is suggested that the name La Merika (The Star) is what led to the naming of the continent America, rather than after Amerigo Vespucci, an Italian explorer who is credited with describing the New World.

The theory is based on old graveyards in Nova Scotia containing grave stones which incorporate Templar devices such as Crusader Crosses and other Masonic symbols. Although there is no surviving evidence, Sinclair may have traveled to Greenland, and perhaps as far south as present-day Massachusetts and Rhode Island.

Coincidentally, the sails of Columbus’ ships were emblazoned with the Templar Cross, which was then an emblem of Spain.

La Merika the wine is part of the extensive Delicato Family Vineyards portfolio. Family-owned and operated since the company’s founding in 1924, the third generation of the Indelicato family now control properties throughout California, but they are especially interested in the Central Coast.

I am a big fan of the Central Coast AVA, a huge viticultural area encompassing vineyards from Los Angeles to San Francisco. A wide variety of wines are produced there, and many of them are high quality and of exceptional value.

The Central Coast has one of the longest growing seasons in the world, and is influenced by proximity to the Pacific. Warm sunny days are tempered by cool, afternoon ocean breezes. The extended growing season allows for full fruit development, and, because ripening occurs at an easy pace, rich, full flavors balanced with bright acidity can emerge.

This wine pours nearly colorless, and then follows with aromas of citrus, honey, and green apple on the nose. Although it saw some oak, that’s barely in evidence. There are plenty of flavors of lemon/lime and grapefruit. The wine features a medium body, augmented by zippy acidity, recessive tannins, and a crisp finish. Nothing buttery or over-oaked here.

This Cab shows a classic inky purple in the glass. The nose features ripe plum and brown spices. On the palate, there are flavors of blackberry and black cherry plus some dark chocolate or cocoa. The tannins rather than fruit are forward here. It ends with a medium-long finish. To get the full effect, plan on letting this breathe for an hour or so. This wine spent five months in French and American oak.

This big wine can stand up to robust foods like Country Captain with Crispy Thin Onion Rings, Baked Pork Chops with Cranberries, or Garlic Braised Shoulder Lamb Chops with Butter Beans and Tomatoes.