Soon after, a tour of the extensive property confirmed that the site indeed had the climate and soils to grow first-class wine grapes.  Furth and his second wife Peggy purchased the land, named the estate Chalk Hill, and started producing wine about a decade later.  They gradually planted more than 270 acres of vines.  Years later, Furth said, “I have always been interested in wine because my grandfather had vineyards. I’m actually more interested in the working-the-soil aspect, but I have many very talented people in the winery who know how to produce a world-class wine. When I bought this property, I was told it was too hilly to be a vineyard, but I simply planted the grapes in rows going uphill. People said you can’t do that, but I’d seen it done in Germany so I knew it would work.”  After a rich and varied life, Furth died in 2018 at the age of 84. 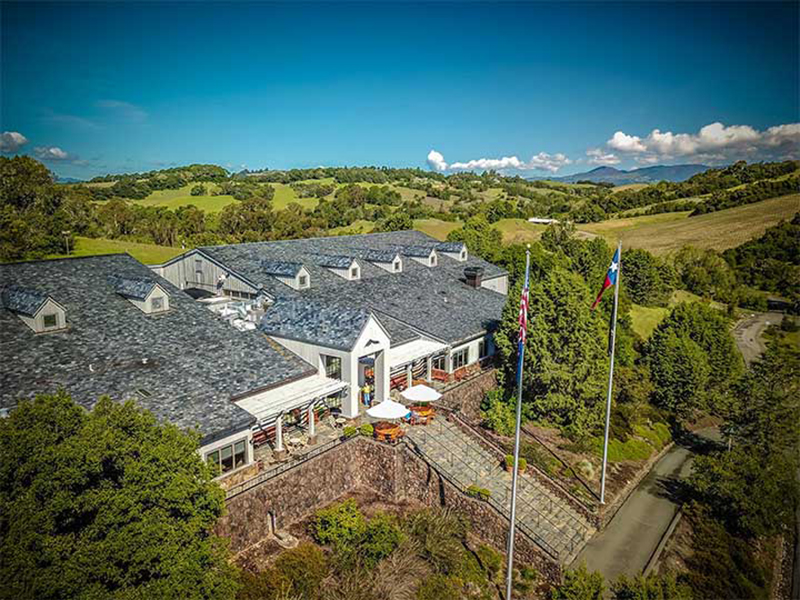 x
The Chalk Hill AVA is one of 13 in Sonoma County and is distinguished from the neighboring appellations of the cooler Russian River Valley to the west and the warmer Alexander Valley to the northeast. Elevations are higher and soil fertility is lower. The soils include gravel, rock, and heavy clay. Under the topsoil is a distinctive layer of chalk-colored volcanic ash which inspired the name of Chalk Hill. 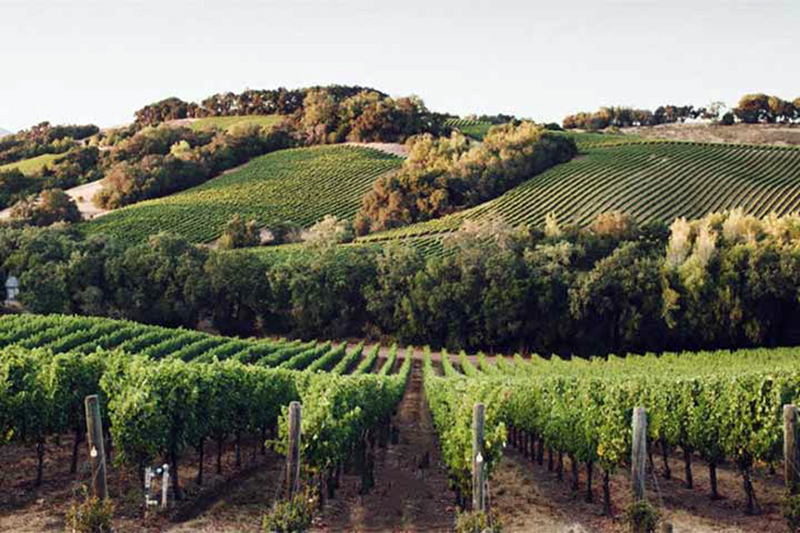 x
Each vineyard block has been planted based on criteria that include: soil profile and chemistry, slope, orientation to the sun, and climate. Under Fred Furth’s direction, Chalk Hill was an early leader in planting its hillside vineyards “vertically,” following the rise of the terrain, rather than across it. Because of this, the topsoil must be protected with a diverse cover crop serving many purposes. It anchors and protects the soil, preventing erosion; captures and affixes nitrogen; and harbors a varied community of beneficial insects that aid in pest management. Water conservation is addressed through a precisely-controlled drip-irrigation system. Air movement through these vertical channels of the vineyard reduces mildew. All of the grapevines are a grafted combination of plants: a specific wine-grape variety above ground, and a complementary rootstock below.

The grapes for this wine arrived at the winery in small individual picking containers to protect the bunches from damage. After inspection and sorting, the whole bunches were taken directly to the press and gently extracted. A protective blanket of carbon dioxide was added, since Sauvignon Blanc can be damaged by contact with oxygen.

The juice was 100% estate grown, a mix of 92% Sauvignon Blanc and 8% Sauvignon Gris.  It was fermented for seven months using cultured yeasts in a combination of 59% French oak (13% new) and 41% stainless steel.  There was no malolactic fermentation. Bâtonnage, the periodic stirring of the lees in the barrel, served to add texture and mouthfeel.

It is so pale that it is nearly colorless in the glass.  The nose is also quite delicate, with just a hint of flowers and vegetation.  Then, it bursts on the palate, with plenty of lemon, grapefruit, and mango, plus a rich, full mouthfeel.   ABV is 14.6%.