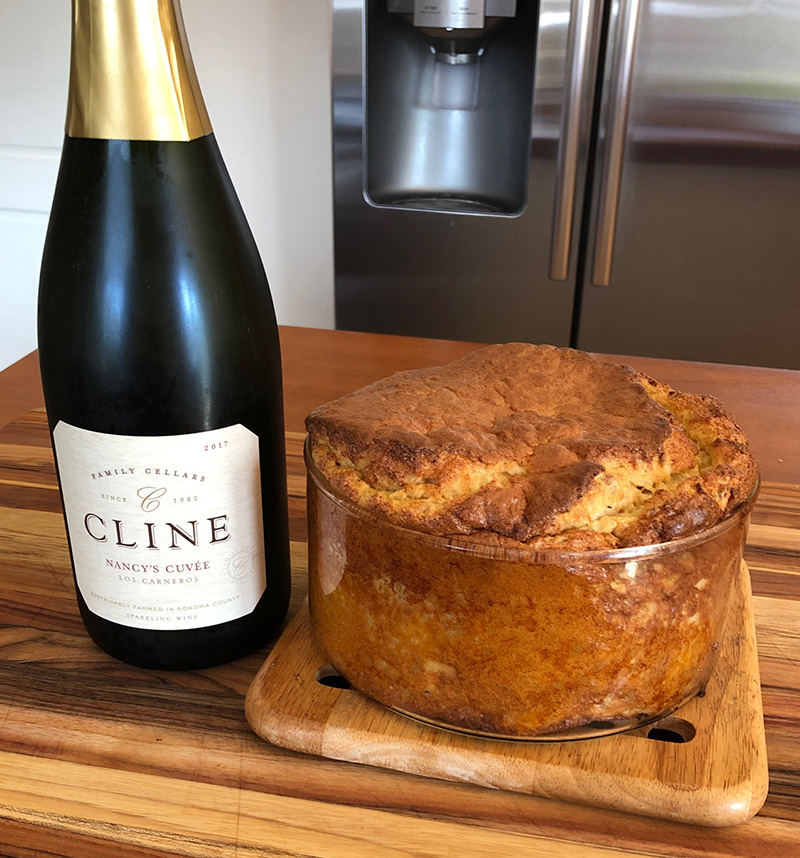 The Chardonnay and Pinot Noir grapes for this sparkler are grown at Clines’s Five Sisters Estate Vineyard in Los Carneros, directly behind the winery. This vineyard is planted in rocky soil and yields a small crop. The area benefits from cool growing conditions which lead to a long ripening season adding to the grapes’ flavors

Grapes were handpicked and destemmed without crushing. The juice was cold-settled and then racked to a stainless-steel fermentor where it fermented at 50-55°F. The wine was fermented to dryness without undergoing malolactic fermentation. It was then moved to individual bottles where a small amount of sugar and yeast were added. The wine then fermented in the bottle, which captured the naturally created CO2. Riddling and disgorging followed, preparing the wine for release the year after harvest.

In the glass this wine sparkles with small bubbles and a pale pink color from the Pinot Noir grapes. Aromas of citrus and pineapple lead to a bright tart grapefruit flavor with notes of freshly toasted bread.  For our Easter breakfast, this wine went perfectly with:

I adapted this recipe from a salmon souffle in The New York Times Cookbook by Craig Claiborne.  It was the first cookbook I ever got, and is still one of the best.