Berry Bros. & Rudd is a family-run British merchant founded in London in 1698. Since then, the company has grown from a small coffee shop into an international business with six offices worldwide.

The company started out selling coffee, and then diversified into cocoa, tea, snuff, spices, and other exotic goods, becoming one of London’s most fashionable grocers. Its West End location and close proximity to St James’s Palace also contributed to its growing popularity. 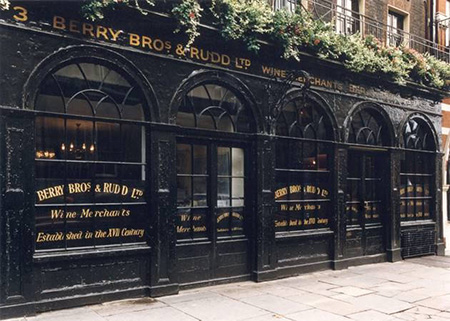 Today, the company offers an extensive range of wines from Bordeaux, Burgundy, the Rhône and Italy. Berry Bros. & Rudd has been the official wine supplier to the British Royal Family since the reign of King George III. They received their first Royal Warrant of Appointment in 1903 when they formulated a ginger liqueur to revive Edward VII from cold car journeys, still sold as The King’s Ginger. Queen Elizabeth II granted the company her royal warrant in 1995, and Charles, Prince of Wales granted his in 1998.

From 1923 to 2010 Berry Bros. & Rudd controlled Cutty Sark Scotch whisky, whose yellow label is famous the world over.

Once Berry Bros. & Rudd decided to try their hand at gin, it took a team of spirit specialists 730 days to refine and create No. 3 Gin.

The key prominently displayed on the bottle is a replica of that to The Parlour, one of the oldest rooms in the Berry Bros. shop. Chairman Simon Berry says that the key is a symbol of trust; a promise, as it were, that the gin is what customers would expect from such an establishment. The high-shouldered green bottle is inspired from the open pontil gin bottles that date back to 17th century. 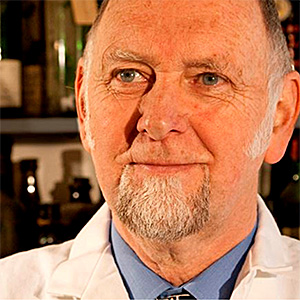 Dr David Clutton – the only person in the world with a PhD in Gin.

Each batch is presided over by distiller Dr. Clutton, who starts by weighing and blending the six botanicals (grapefruit peel, orange peel, coriander, cardamom, juniper berries, and angelica root) in the recipe. They are then added to the still and steeped for over 16 hours in pure grain spirit. The next day, the distillation begins and lasts over seven hours. The ‘heart’ of the distillate is then collected. Finally, No. 3 is diluted to 46% ABV (the producer claims this is “the ideal amount”), and bottled.

This gin opens with crisp and fresh grapefruit, with forest-like juniper. The piney juniper continues on the palate, correctly, supported by floral notes and hints of spicy cardamom. There’s plenty of citrus ‘zing’ complemented by the gingery spiciness of the coriander. It all ends with the earthy dryness of angelica. The whole package is quite smooth and balanced. But remember that 46% ABV, and drink responsibly. This is high-octane stuff, and that smoothness can fool you if you’re not careful.