In 1782, Walter Teeling started up a small craft distillery on Marrowbone Lane in the industrial heart of Dublin City.

In 2012, two of Teelings descendants, Jack and Stephen, opened their new Teeling Whiskey Distillery just down the road from where the original family distillery once stood. It is the first new distillery in Dublin in over 125 years.

Alex Chasko is the Master Distiller and Blender. Originally from Portland, Oregon, he started his career working in the emerging craft-brewing scene on the West Coast of the U.S. After marrying in Ireland, he found himself looking to get into the Irish whiskey industry. Once he met Jack Teeling, it became clear that they shared the same vision, and Chasko became Teeling’s first  employee.

“The process of creating our whiskey takes around nine months start to finish, including pilot blends, trade sampling, cask selection, and scaling up to full production,” said Jack Teeling,

Bacardi purchased a minority stake in Teeling in 2017, paving the way for more widespread distribution.  This also gave them access to a huge catalog of spirits to use to experiment with on barrel finishes. 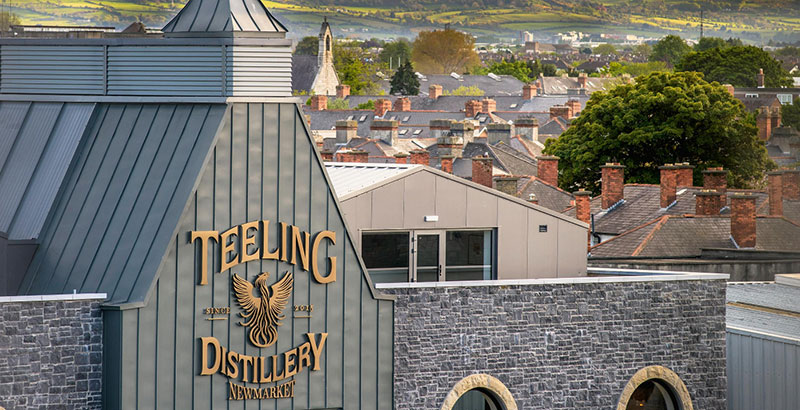 Teeling doesn’t chill filter their whiskies, to leave as much of the body, character, and flavor as possible. Prior to bottling, they are brought from cask strength to an ABV of 46%.

This is one of only a handful of single grain bottlings in the world. Made from 100% malted barley, it is matured in red-wine barrels, resulting in an intensely fruity, amber liquid with tastes of lush berry, dry fruits, citrus, vanilla, and spice.