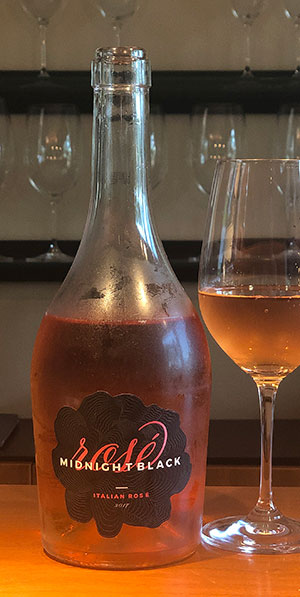 To say that the Taub family is an international wine and spirits powerhouse is, frankly, quite an understatement.  It all started on December 6th, 1933, when Martin Taub and his brothers started making brandy in Jersey City. After World War II, Taub started a distributorship in New York because long-time clients Ernest and Julio Gallo needed a partner on the East Coast.

Martin’s son David started his career working at the distribution company, but in 1977, he struck out on his own (with his father’s help, of course), founding  Palm Bay Imports. Soave was a big seller at the time, so David headed to Italy’s Trentino region to locate a new Italian wine for the U.S.  And find one he did: Pinot Grigio. He formed a partnership with the Cantina Viticoltori del Trentino, Ca’Vit for short, which Taub changed to Cavit for the American market (TV personality Dick Cavett was an early pitchman). The Taubs’ distribution muscle sent Cavit across America, and people lapped it up.  Italian acreage of Pinot Grigio doubled between 1990 and 2000 alone. (The success wasn’t just due to Taub’s Cavit, though. The Terlato family’s Paterno Imports, no small operation itself, started bringing in another Pinot Girgio that would go on to become a big seller, Santa Margherita, in 1979.)

In 1990 Taub started what would become an aggressive expansion program by adding two more Italian estates.  In 1998, he partnered with Olive Garden, and today Palm Bay is the supplier for their wine program, including the chain’s house wines, produced by Cavit. And there are plenty of other wines to chose from as well.  Palm Bay Imports was rechristened Palm Bay International in 2007 when the company added domestic wineries to their portfolio, which now numbers 103 producers of both wines and spirits in 17 countries. And as if that weren’t enough, in 2016 the “fine wine” labels, including Chateau LaFite Rothschild, Légende, and Los Vascos, were spun off as Taub Family Selections, with 83 brands of their own.  See?  International powerhouse, and one you’ve probably never heard of.  The operation is now into the third generation, with David’s son Marc ascending to CEO after his father’s death in 2012.

This pink is 100% Lagrein from Trentino, where it is mostly grown.  It’s marketed as a wine for strong independent women.  “You know who you are and that’s for sure not a girly-girl. You are fierce, always stand up for
what you believe in, and never apologize. You believe that life is more fun when you take risks and veer outside the lines,” states the sales flyer.  Whatevs.  I’m a manly-man and I drink Rosé without apology dammit (especially when it’s ripping hot outside, as it is right now.)  Fermentation was on the seeds and skins (aka must) for the first two days to induce the color, which is a nice pink/orange.  After fermentation was complete, the wine aged for  several months in stainless steel tanks.  This full-bodied, bone-dry Rosé offers aromas and flavors  of apricot, melon, and grapefruit, with a bit of Seville oranges at the finish. There is a balanced acidity, and the ABV is 12.5%.