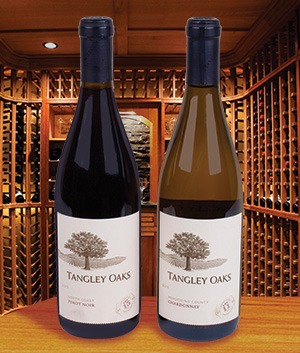 Négociant [nay-goh-SYAHN] is the French word for “dealer” or “merchant,” and is used in wine circles to denote an individual or company that negotiates, sells, and ships wine as a wholesaler. Traditionally, négociants have often handled all aspects of wine production except the actual farming, including purchasing grapes, making the wine, blending, bottling, and shipping. In some transactions, there is another intermediary: a courtier or “wine broker,” who helps establish the price paid by a négociant to a small producer. Some of the better known French négociants are Barton & Guestier, Calvet, Cordier, Moueix, and Sichel.

Predominately, négociants have been European, but they do exist in the New World (although you will rarely hear the French word used). One such firm is Terlato Wines, of Lake Bluff, Illinois, which rose from humble beginnings to become a powerhouse in the arena of international wine growing, production, and sales.

In 1938, Anthony Paterno, who would become Tony Terlato’s father-in-law, opened a grocery store on the corner of Grand and Western in Chicago. Nearly twenty years later, Tony Terlato and his father, Salvatore, founded Terlato’s Leading Liquor Marts. In 1958, Terlato and Paterno established Pacific Wine Company, importing and selling wines from California and Europe. By 1995, the business had expanded significantly by forming partnerships with leading wine producers from around the world, enabling the Terlato family to purchase Tangley Oaks, the former Philip D. Armour III mansion in Lake Bluff as their company’s headquarters, where 75 people are employed. The Tudor-Gothic estate, which resembles a European wine château, is on the National Register of Historic Places.

Which explains how a winery in California can be officially located 2100 miles away in Illinois! This is a nicely lemon-hued wine; a mixture of barrel and tank fermentation was employed, after which the wine was aged in barrel for six months. It features aromas of fresh tropical fruit and notes of vanilla; the palate is full-bodied, with pear, nectarine, and a hint of honey, with grapefruit on the finish.

Tangly Oaks offers two Pinots; this one hails from California’s North Coast AVA, and was sourced from Napa Carneros, Sonoma, and Mendocino. The wine was aged for nine months in French oak barrels. This ruby-red wine exhibits aromas suggestive of raspberries and strawberries, with hints of pine forest and earth. The lush mouthfeel is complemented by flavors of plum and red fruit, and is balanced by bright acidity and soft tannins.