The Penfolds were believers in the medicinal benefits of wine, and they planned to concoct a wine tonic for the treatment of anemia.  Initially, they produced fortified wines in the style of sherry and port for Dr Penfold’s patients. The operation enjoyed early growth, and since Dr Penfold was focused on his medical practice, much of the running of the winery was delegated to Mary Penfold, including the cultivation of the vines and wine blending. On Christopher’s death in 1870, Mary assumed total responsibility for the winery. According to one historical account, by that time the business had “grown to over 60 acres with several different grape varieties including Grenache, Vverdelho, Mataro (aka Mourvedre), Frontignac and Pedro Ximenez,” and the estate was “producing both sweet and dry red and white table wines with a growing market in the eastern Australian colonies of Victoria and New South Wales.” Clarets and Rieslings were especially popular. 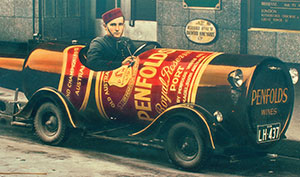 third of all South Australia’s wine by the time Mary Penfold retired in 1884. The company passed to her daughter Georgina and son-in-law Thomas Hyland.   By 1907, Penfolds had become South Australia’s largest winery (It is still big, but it no longer holds that position.) Eventually, the business was passed onto their two sons and two daughters. The company became public in 1962, and  the Penfold family retained a controlling interest until 1976. 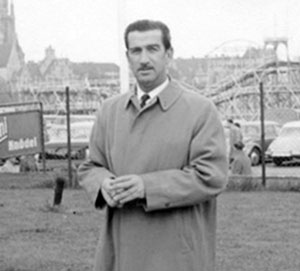 In 1959, while Schubert was perfecting his Grange experiment in secret, Penfolds’ tradition of ‘bin wines’ began. The first, a Shiraz with grapes from the company’s own Barossa Valley vineyards, was simply named after the storage area of the cellars where it was aged. And so Kalimna Bin 28 became the first official Penfolds Bin number wine.

In 1988, after four decades of Grange’s  success and growth into a wine world icon, Schubert was named Decanter magazine’s Man of the Year, and on the 50th anniversary of its creation, Penfolds Grange was given a heritage listing in South Australia.

Southcorp Wines became a part of the Foster’s Group in 2005. In 2011, Fosters was split into two separate companies; the wine side became Treasury Wine Estates, headquartered in Melbourne and Penfolds current owner. The chief winemaker since 2002 has been Peter Gago. 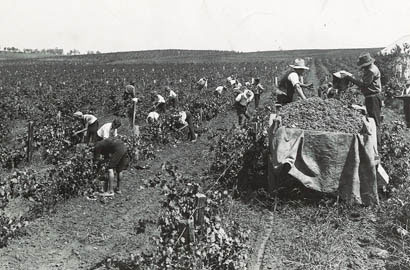 Adelaide
Magill Estate
5.34 hectares / 13.2 acres
Shiraz (known as Syrah in other parts of the world

Although somewhat deceptively named for a specific Barossa vineyard, this wine is sourced from various South Australian sites.  After fermentation, it was aged for 12 months in American oak.  An impenetrable dark purple in the glass, it has a nose of dark stone fruits, especially plums, and eucalyptus.  The palate is the same, plus cocoa and some bracing tannins.  The finish is long and very dry. ABV is 14.5%.